As you probably knows, Mr. Dave Smith has conceived and invented the big, great, historic Sequential Prophet 5 Polyphonic Synthesizer and gave us the MIDI Protocol, skyrocketing the Electronic Music and the global sharing of Electronic Music Knowledge from the Eighties till today. Now, Mr. Dave Smith leads firmly DSI Instruments, makers of fine electronic instruments widely appreciated from thousands of musicians all over the World. 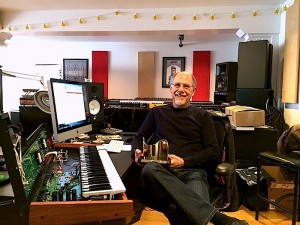 We have had the rare opportunity to share some questions/answers with Mr. Dave Smith.

What is the most important element that you brought in the DSI after the experience of Sequential Circuits?

D.S. keep the company small, low overhead, and minimum infrastructure. Beyond that, design only instruments with personality and don’t worry about what other companies are doing.

In your opinion, after 30 years since the last large-scale production of analog synths, in recent years, many producers returns back to produce analog synths and often clone the old synths of the past (like the Korg MS20). We come from 30 years of digital Instruments that departed musicians from analog synthesis, however, after the virtual analog many have gone back to the real analog. Do you think that Virtual Analog Synths and plugins helped to rediscover the analog instruments?

D.S. Not really. It may have helped people recognize that software/digital instruments are different and do not sound like real analog. The Evolver came out 12 years ago, so in a way we helped restart analog instruments.

The instruments of the family Mopho-Tetra-Prophet are all based on the same architecture of synthesis: Osc-Filter-Amp + 3 Envelopes, 4 LFOs, 4 Modulators and 4 Sequencers. This operational structure allows to get any possible sound result. Do you think this sound architecture can be further enhanced or has reached the maximum offered by current technologies?

D.S. There is always more that can be done. The Prophet 12 is a good example of taking the technology to new levels. Other companies seem stuck on re-doing the old products and not innovating much, but we like to move forward. On the other hand, the basic subtractive synthesis architecture (vco/vcf/vca) has passed the test of time after 50 years!

D.S. There is no set formula. We want to try new things to come up with new sounds while maintaining the analog heart and soul in our synths. I’ve been making poly analog synths for 35 years, so what seems obvious for me is not always the case elsewhere. 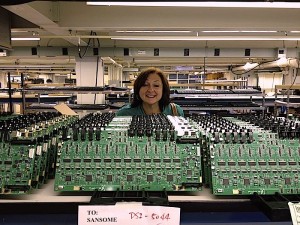 Let’s go back to the Prophet 5. Today, this synth is “hated” by lazy technicians but is loved by musicians. Richard Wright from Pink Floyd, called the Prophet 5 synthesizer as his favorite. The Prophet 5 is still remembered as a milestone used on thousands of records and production. For this reason you are one of the most well respected synth designer and builder; when you think back to the original Prophet 5, would you today change anything in its architecture? And what is the secret of this synth?

D.S. It started the whole poly synth market, so people can always relate to that. There were more limits to technology back then, but limitations in musical instruments are not necessarily a bad thing. It just sounds really good. But it is hard to maintain very old complex electronics. 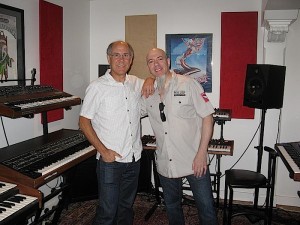 In you own opinion, when you conceived MIDI protocol, was you aware of its potential impact on the musical world? 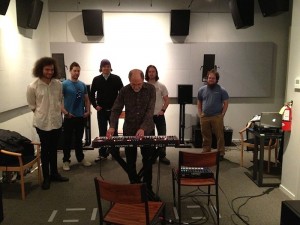 Don Buchla, in one FAQ, stated that he use analog and/or digital to suit his need; (it seems a reasonable opinion): do you feel there is still room for analog ENVELOPE generators today?

D.S. No, unless it’s a modular synth. There are way too many limitations for modulation routing if it is analog. You end up with a very simple synth. 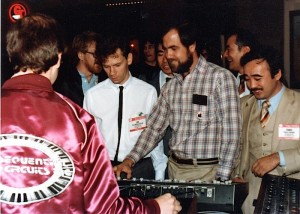 I know is tedious, but why leave out your delicious 16×4 step sequencer  in the P12? Otherwise: there’ll be some probability to see a DSI standalone step sequencer? 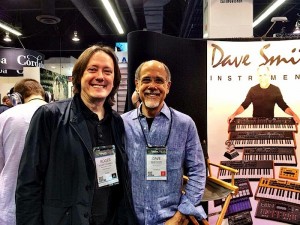 On some polysynths from the past – notably, the Ensoniq ESQ-1 – it was possible to maintain the “old” sound for the voices already engaged while changing patch memory; on a theoretical basis, it would be possible to enable this feature on some DSI future polysynth? Or is a strictly “all-digital” capability?

D.S: There are some limitations with real analog, but it’s mostly a matter of deciding which feature to include in an instrument, since there is no end to the possibilities. 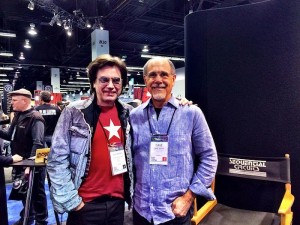 Some one ask us why a standard mono synth has almost always a lot of dynamics (and an hotter sound), while a standard polyphonic played synth seems to have slightly lower level for each voice; on your polyphonic instrument, do you use some kind of “dB count vs. polyphony” or what?

D.S. Simple mathematics. If you have 2 voices, they cant be the same level as one voice, or it will distort/clip with both playing.

Having said that we consider the P12 superior to the old P5 in playability and flexibility, thinking back to the past, do you prefer one of the three P5 revision?

D.S. In terms of reliability, there is no comparison, rev 3 is the only one to trust. They sound different, but I don’t have a favorite. 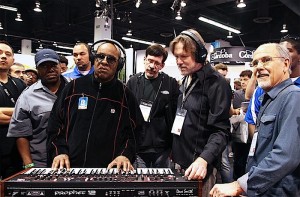 One last question (I know it’s tedious, but it’s really the last one) about the original P5: why on the LFO Modulation you choose the positive going ramp, instead of the negative going sawtooth and, in the P10, you decided to offer both? 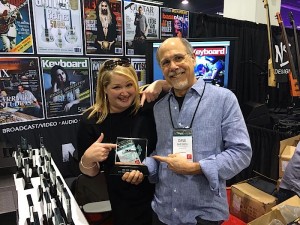 After the gorgeous control panel implementation for P12, you choose to adopt the “less dedicated control/soft menu” on the P12 Desktop; do you ever be tempted to do a pure synth engine box a la Clavia just for sake of polyphony?

D.S. Not really. We just decide on a case-by-case basis what we want to do, and the p12 module came out very good; very fast and easy to use. 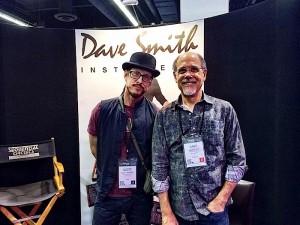 Tempest was a really good hit on the synthesized percussion/synthesizer market; how many time it took to develop the product with Mr. Roger Linn?

D.S.  It took a long time, since there is a lot of technology in there that we developed, and we’re a small company for a big project. But it was worth it!

Why, on the Tempest, non create a dedicated small software based generator for metronome, instead of using one of the six main voices?

Trackback from your site.